Read the original article in the San Juan Record.

San Juan County Clerk/Auditor John David Nielson calls in from Monument Valley to the polling station in Monticello at the courthouse. His cell phone service cuts in and out, as he attempts to give information about the Monument Valley count. His phone drops the call.

Deputy County Clerk James Francom calls in right after Nielson with information from Montezuma Creek. He’s just outside of Blanding, headed back to Monticello with a lockbox of counted ballots, as poll workers and county staff battle yawns and fatigue.

India Nielsen, a Special Assistant with the Lieutenant Governor’s office, tails Francom on the way to the clerk’s office. She’s been tasked with observing the polling station Francom manned throughout the day.

Nielsen is unfamiliar with the area and follows Francom to Monticello, not to observe the transport of the ballots, but rather to avoid getting lost on the 60 mile drive through the dark desert terrain.

Nielsen and the Lieutenant Governor’s office aren’t the only ones monitoring the polling station that day. The Department of Justice and the Rural Utah Project also have officials looking over operations.

The subject of discussion back in the clerk’s office in Monticello centers around when official results will be available. If they count all the estimated 800 mail-in ballots grouped together in boxes and lock boxes on the floor, in addition to official results for Monument Valley, Montezuma Creek, and Navajo Mountain, the evening could run into the morning.

Francom emerges through the doors of the San Juan County Courthouse with the lockbox full of counted ballots from Montezuma Creek. The group waits for county clerk Nielson as he drives through the night headed for Monticello.

Nielson arrives with the ballots from Monument Valley more than an hour after Francom.

The only remaining ballot box is being driven by Delton Pugh from Navajo Mountain. Pugh volunteered for the four and a half hour drive the day before. There is virtually no cell service on the trip. He did it because the person who had previously volunteered canceled at the last minute.

Salt Lake City media waits in the lobby, as they hope for the results of the San Juan County Commissioner District 2 race. It looks as though many of the local races are too close to call with 3,549 ballots officially counted.

There are still more than a thousand ballots left to count. Officials decide to begin the final counting process in the morning, as media members pick through the results of Montezuma Creek and Monument Valley.

Two votes for Willie Grayeyes – one for Kelly Laws in the results from Montezuma Creek. It brings the unofficial count of the District 2 commissioner race to 600 for Laws and 449 for Grayeyes.

When the votes for Monument Valley are counted, Grayeyes takes a 764-629 lead over Laws.

Kenneth Maryboy and Bruce Adams are clearly headed for new terms. Adams ran unopposed for the retention of his commission seat. Maryboy holds a 537-366 lead over the “write-in” as it’s written on the unofficial results spreadsheet.

Three of the five school board district races are clear calls. Lori Maughan, Merri B. Shumway, and Steven Black appear to be headed for reelection.

The other two races for School Board Districts 4 and 5 are within a few votes and can’t be called until the remaining 800 mail-in ballots are counted.

Lucille Cody holds a 217-191 lead over her opponent, Melvin Capitan Jr. It’s a 290-264 lead over Melinda Blackhorse for Nelson A. Yellowman.

During the Primary Election, it took three days to get the official results after the final ballots were cast. That prospect increasingly seems to be destined to repeat itself, as the minutes slowly tick away.

Officials await the arrival of Pugh from Navajo Mountain as it nears midnight. The night is coming to an end and it becomes clear it will be a few days before a winner is decided for the District 2 commission seat.

Nielson and Francom are back to work in the morning to count the remaining ballots, along with all the staff who have put in countless hours of work during the election season.

The prospect of change

The remaining mail-in ballots are still in the same place they were the night before. Francom is busy early. He prints off the unofficial results in the clerk’s office. The Navajo Mountain results are in. Francom says the next scheduled official release of results will be on Friday, Nov. 9.

After the Navajo Mountain results are tallied, Grayeyes still holds a 817-648 lead over Laws. All that remains to determine the race officially is mail-in ballots.

San Juan County and the nation await the results of the District 2. The morning following the first election with new districting still produces no definitive results.

The prospect of a Maryboy and Grayeyes victory would give San Juan County the first Navajo-dominant commission in its 138-year organized history in the state.

Not only that, but it would give Utah it’s first non-white majority controlled commission ever. A member of the Navajo Nation has also never chaired a county commission in San Juan County.

As the dust continues to settle, the clerk’s office diligently works its way through the verification process throughout the course of Nov. 7.

The following day they begin to work their way through the remaining ballots, counting a total of 980 when it’s all said and done. They can now safely call all the races.

All that remains to count are a small number of provisional ballots from Montezuma Creek and any mail-in ballots that are postmarked on or before Nov. 6. The clerk’s office believes those remaining votes will not be enough to sway any of the races.

It’s all over now. The canvas results are still to come in the following week, along with the official results that will be approved by the county commission.

Willie Greyeyes defeats Kelly Laws in the newly delineated District 2 by an unofficial margin of 805-900.

The new commission which will be in place when they are sworn in in January will be composed of Maryboy, Greyeyes, and current chair Bruce Adams.

Phil Lyman receives 2,999-1,824 against Marsha Holland in San Juan County in the race for Utah House of Representatives, District 73.

The new commission will be comprised of two Democratic commissioners in Grayeyes and Maryboy, with Adams serving as the Republican minority.

“I think the voice of the people has been made known at the ballot box, and I’ll do everything I can to work with them and help them be successful commissioners,” Adams said of his new counterparts.

Despite the historic shift in the commission, there is still an unknown factor facing Grayeyes. In August, Federal Judge David Nuffer reinstated Grayeyes on the November ballot, ruling that he was deprived of his due process by county clerk Nielson.

Nuffer additionally ruled that an objection to Grayeyes’s candidacy was not filed within five days after he officially registered to run. Nuffer also stated that Nielson acted contrary to the law when he used a voter challenge to invalidate Grayeyes’s candidacy.

The Lieutenant Governor’s office was not in attendance at the August ruling and letters from local residents urging the office to investigate Grayeyes’ legitimacy as a candidate have already begun being sent just days after his victory.

It was suggested that any legal questions regarding the residency of Willie Grayeyes (who lists an address on Piute Mesa near Navajo Mountain as his primary address) be decided after the election by Nuffer.

Grayeyes contends he was born at the location and that his umbilical cord was buried at the site, establishing his residency according to Navajo tradition.

While the residency of Grayeyes has been questioned, he has served in a myriad of positions in San Juan County.

Grayeyes is also the chairman of the board of Utah Diné Bikeyah and has been a vocal supporter of the original Bears Ears National Monument designation.

In the 1980s, when the voting boundaries were adjusted after a similar lawsuit, Grayeyes was serving as president of Utah Navajo Industries and was involved in the process of creating the new districts.

When asked if the race with Laws was as close as he expected it to be, Grayeyes said, “I’m not a fortune teller. I’m just a normal guy, that’s it.”

For Maryboy, there is no question of residency surrounding his victory. This is the second time Maryboy has served as San Juan County Commissioner.

He was previously elected to the commission first in 2006, taking his oath in 2007 and serving until 2015. His brother, Mark Maryboy, was the first Native American commissioner in the state’s history.

“Congratulations to the San Juan County Commission, which now accurately represents a Native American-majority voice,” Mark Maryboy said, who is a founding board member of Utah Diné Bikéyah.

Maryboy encouraged the new commission to focus on providing social services to all citizens in an equitable fashion. He emphasized that San Juan County has historically neglected the needs of local Ute, Diné, and Paiute communities, that approximately 40 percent lack running water and electricity in their homes.

As the potential legal battle concerning Grayeyes looms on the horizon, for now, we have the first non-anglo dominated commission in Utah history. They will officially be sworn in this January. 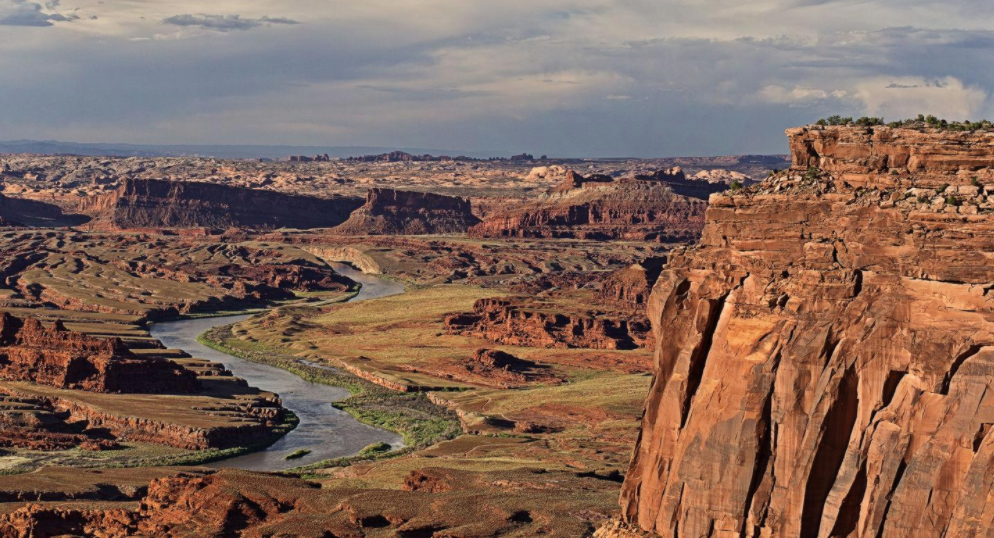 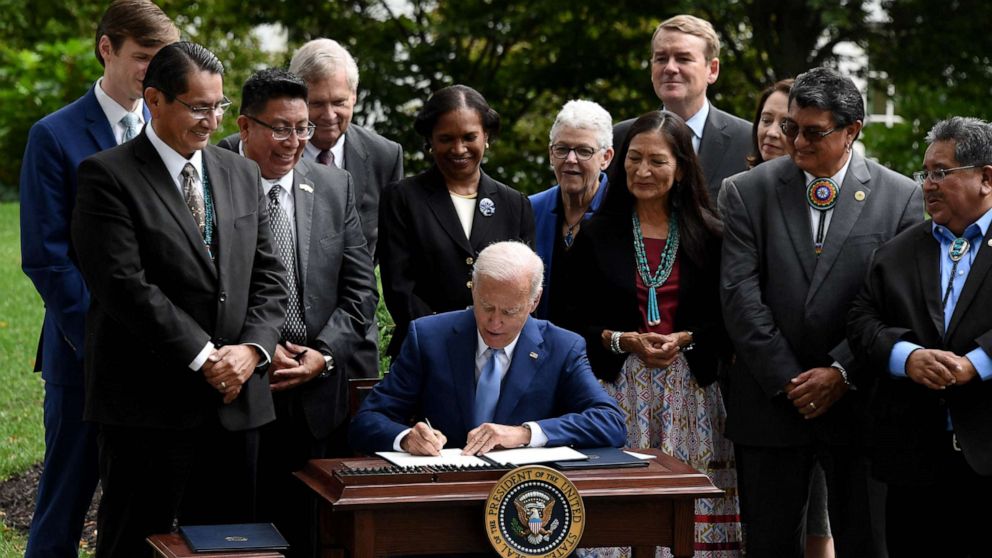