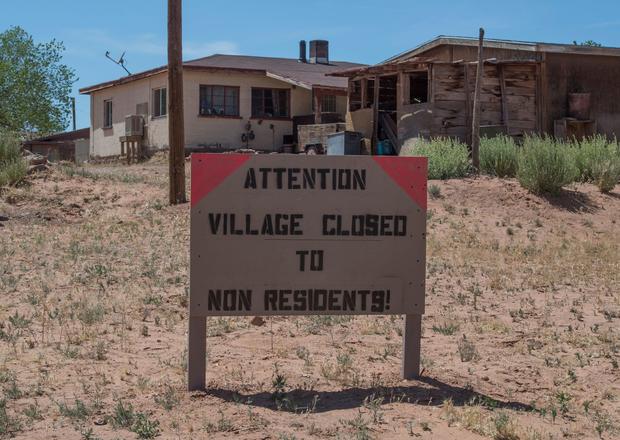 Read the original in CBS News.

President-elect Joe Biden, the first Democrat to win Arizona in the presidential election since 1996, edged out President Trump by around 12,000 votes, according to projections by CBS News and other media organizations. With such a tight margin, every vote was critical, and Native American voters may have played a role in pushing Biden to victory in the state.

Indigenous people in Arizona comprise nearly 6% of the population, and approximately 67,000 eligible voters live in the Arizona portion of the Navajo Nation. About 58% of the three counties that overlap with the Hopi Tribe and the Navajo Nation — Apache, Coconino and Navajo — voted for Biden, according to data from the state’s election results. There was also a surge in turnout in these three counties, with thousands more people voting in Apache, Coconino and Navajo Counties than in 2016.

His support was especially strong in the Navajo Nation, according to an analysis by High Country News, which showed precincts voting for Biden at rates ranging from 60% to 90%. Most precincts covering the Tohono O’odham Nation, which overlaps with Pima, Maricopa and Pinal counties, were above 90% for Biden, according to a precinct map analysis by ABC15 Arizona. Another analysis by the Associated Press noted that about 17,500 more people from Navajo and Hopi reservations in Arizona voted this year than in 2016 — turnout here reached 60,000, compared with 42, 500 in 2016, a difference of over 40%.

Native Americans voted in substantially higher numbers in Arizona despite the fact that the reservations where they live face several barriers to voting. Many Native Americans lack formal addresses, or live in extremely rural areas with limited capability to travel to polling sites. The Arizona portion of Navajo Nation encompasses 18,000 square miles, but has just 27 postal locations. Many roads on the reservation are unpaved, making it even more difficult to cast a ballot by mail at a post office that could be 100 miles away.

Jordan James Harvill, the chief of staff to the CEO of the voting rights organization VoteAmerica, said in an interview that difficulties Native Americans have had in voting were a remnant of a long history of discrimination. Although Native Americans were granted full citizenship in 1924, it wasn’t until the Voting Rights Act of 1965 that the obstacles erected by states to voting were removed.

“What we’re seeing is the vestiges of that system that currently exist today,” James Harvill said.

Four Directions, a Native American voting rights group, filed a lawsuit in the weeks before the election on behalf of several Navajo citizens against the state of Arizona to ask for an extension on when mail-in ballots could be postmarked in order to be counted. In the case, Yazzie v. Hobbs, the plaintiffs argued that the November 3 deadline for ballots to be postmarked violated the Voting Rights Act by making it more difficult for Navajo voters to cast their ballots, compared to other Arizonans.

Although they lost the case, Four Directions and other organizations like the Rural Utah Project worked to increase voter registration in the run-up to the general election. The Rural Utah Project partnered with Google to create “plus codes” to function like street addresses for those who lack them. Instead of addresses with street names and numbers, plus codes are derived from latitude and longitude, and they’re displayed as numbers and letters.

Before the pandemic, field workers traveled across the Navajo Nation to register voters at their homes, an effort that was appreciated by Native Americans who are eligible to vote but who often go ignored.

“They were just happy to see somebody who actually took the time and initiative to come out,” said Tara Benally, who is the field director for the Rural Utah Project and head of the organization’s Rural Arizona Project. Benally and the Rural Utah Project helped to register 4,000 Native American voters in Arizona.

However, COVID-19 made it more difficult for field workers to reach these potential voters, particularly since the pandemic ravaged many Native American communities, including Navajo Nation, which has consistently had among the highest death rates in the country. As of November 18, Navajo Nation had 13,880 cases and 613 total confirmed deaths in a population of around 173,000, according to the Navajo Nation Department of Health.

James Harvill said that “2020 was a catalyst” in that the Trump administration’s inadequate response to the pandemic helped motivate Native American voters.

Benally said her field workers practiced safety measures like placing voter registration forms in plastic bags and using rubber bands to tie them to doorknobs, and they had creative ways of registering voters in person.

“We came up with the plan of doing a drive-through registration, wearing PPE and having little contact,” Benally said.

James Harvill said that after the Yazzie v. Hobbs decision, VoteAmerica coordinated with organizations like Four Directions, the Rural Utah Project and the Navajo & Hopi Families COVID-19 Relief Fund to help register voters and ensure that they were able to get to the polls. VoteAmerica “injected” Four Directions with funds, James Harvill said, for gas cards and helping to coordinate plans for people to get to the polls.

VoteAmerica also sent 100,000 text messages to Native Americans living in Arizona and more than 20,000 within the Navajo Nation. James Harvill attributed the high turnout among Navajo voters — despite the steep challenges — to years of work on the ground.

“Native people came together and through mutual aid support networks, through decades of coalition building and power building, they turned out despite all the odds,” James Harvill said.

Mr. Biden has plans to address indigenous issues on his campaign website, which includes expanding broadband access and addressing the crisis of missing and murdered indigenous women. The campaign also worked to make inroads with tribal communities ahead of the election.

The president-elect’s wife, Jill Biden, spent time in August with Navajo Nation First Lady Phefelia Nez and members of the group Native Women for Biden to talk about issues important to indigenous women. And in October, the campaign launched digital, radio and print ads targeting voters living on tribal lands. Biden campaign Tribal Engagement Director Clara Pratte vowed that the Biden administration would “work to empower our tribal nation to govern itself, for our communities to make our own decisions.”

Benally hopes Mr. Biden will remember his promises, especially given how critical Native American support appears to have been to his success.

“I hope that they see and realize that indigenous nations are crucial to his administration,” Benally said.

James Harvill would like to see Mr. Biden appoint Native Americans to key cabinet posts and reinstate the annual White House Tribal Nations Conference. For instance, the president-elect is being encouraged to consider Congresswoman Deb Haaland, one of the first Native American women elected to Congress, for interior secretary.

“We have put Joe Biden in office in many of the core states he needed to get across the finish line, and he needs to reciprocate that,” James Harvill said.