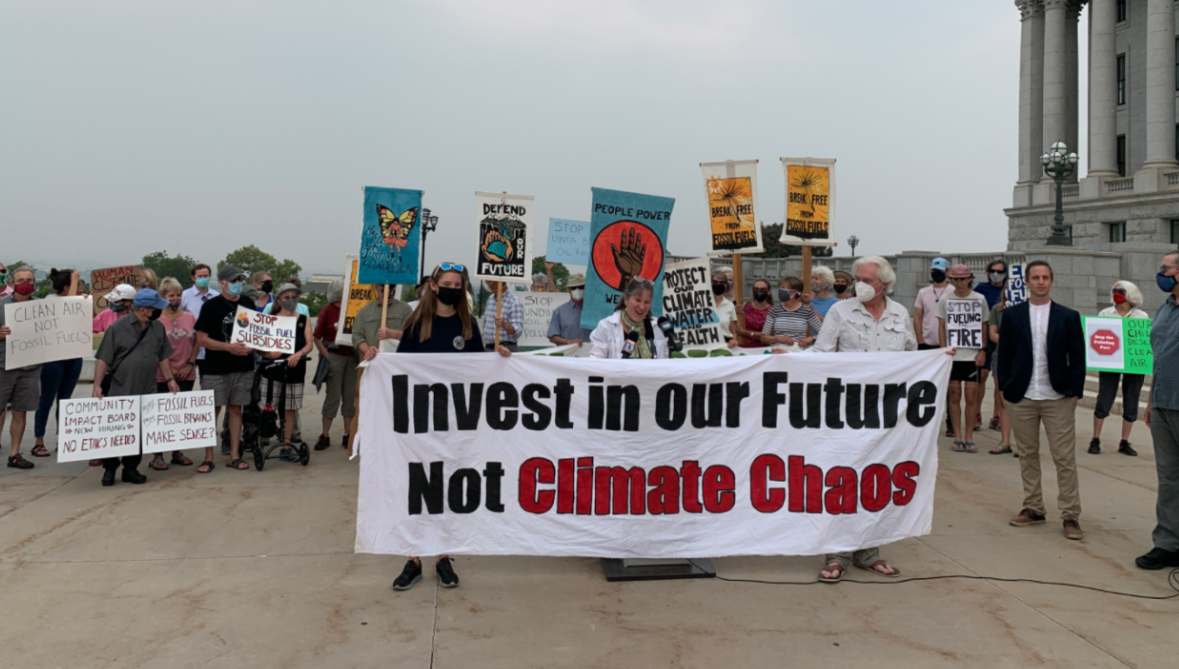 Watch the full feature on FOX 13.

SALT LAKE CITY (FOX 13) — A coalition of environmental groups are calling for a federal investigation, alleging that the Governor’s Permanent Community Impact Fund Board has misused more than $109 million in taxpayer dollars, funding fossil fuel projects over the needs of rural communities.

In a report compiled from public meetings, records and a legislative audit, the groups operating as the Utah Clean Infrastructure Coalition allege the state board improperly used revenues from mining on federal lands to develop a railway project and an oil refinery instead of infrastructure needs like roads, sewer improvements and recreation opportunities.

“I respectfully also request the United States Department of Interior, Bureau of Land Management to conduct a thorough investigation into the spending of federal mineral lease funds in the state of Utah since 2009,” former Salt Lake City Mayor Jackie Biskupski said at a news conference Tuesday at the Utah State Capitol.

The environmental and climate action groups said since 2009, the CIB has issued $109 million in grants or low-interest loans to rural communities to finance fossil fuel projects on public and private lands, including a controversial rail line from the Uintah Basin to California to export coal.

“The Uintah Basin already suffers from poor air quality, especially from ozone pollution,” said Jonny Vasic with Utah Physicians for a Healthy Environment. “Extracting more dirty fossil fuels will only pollute the airshed more and add to the climate crisis we are all facing.”

A legislative audit last year raised questions and scrutinized some of that spending by the governor’s community impact fund board. But the legislature also changed the law to allow for that type of spending.

“It’s illegal under the Federal Mineral Leasing Act which is a federal law,” said Deeda Seed with the Center for Biological Diversity.

Climate activists marched through the Capitol on Tuesday, trying to deliver their report to Governor Spencer Cox’s office. At the doors, they were not allowed in.

“I can’t accept any mail or packages,” said a voice over the intercom.

“Well, this is our government at work,” replied Seed.

One of the activists shoved the report through the door before they marched up to the House and Senate offices, where staffers accepted the packages to cheers from the crowd. 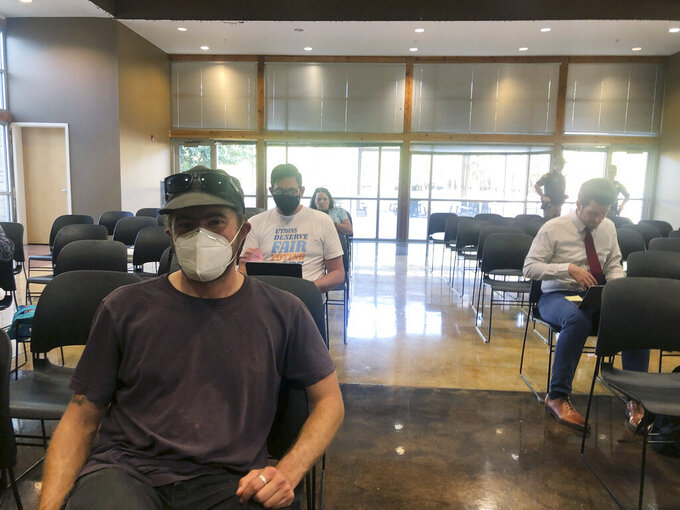