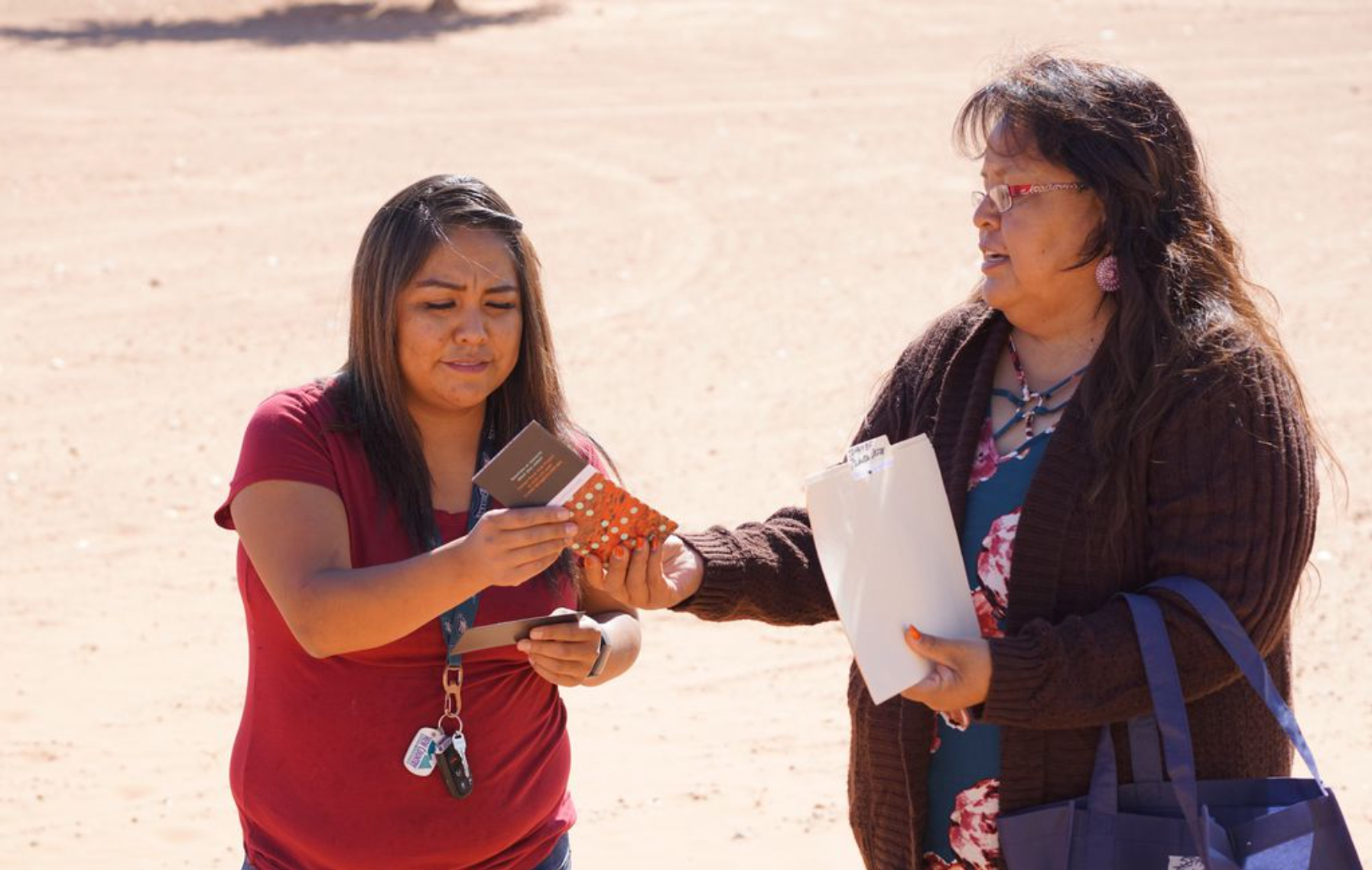 Read the original article in the Salt Lake Tribune by Zak Podmore.

The Utahns, all members of the Navajo Nation, were recognized for their COVID-19 relief work and get-out-the-vote efforts.

Bluff • The portion of the Navajo Nation that overlaps with Utah may have only about 5,000 residents, but three of them were featured in Time’s Person of the Year coverage this month.Pete Sands, a musician, actor and public relations specialist for Utah Navajo Health System (UNHS), and Tara Benally and Dalene Redhorse, organizers for the Rural Utah Project and the Rural Arizona Project, were visited by a photographer for the magazine a few weeks ago. But none of them knew exactly how the photos would be used.“I thought it was going to be included in a small article in one of their editions,” said Sands, who has been leading a regional relief effort through UNHS since March that has delivered food, firewood and other essential items to thousands of people in San Juan County and beyond.

Sands was looking at Instagram late last week when he saw a cover illustration of front-line health care workers highlighting the magazine’s Guardians of the Year package. On the right side of the picture, a bearded face looked out at him from between a medical mask and a baseball cap.

“I was like, ‘God, that can’t be me. What the heck is this?’” he recalled. It was an artist’s rendering of his portrait and it was featured in the section of the magazine honoring Dr. Anthony Fauci and front-line health care workers.

“I was extremely, extremely shocked,” Sands said. “I didn’t realize the impact that we’ve made here was felt throughout the country.

“The people in the community here — they’re proud,” he added, noting that his friend and colleague Sahar Khadjenoury was instrumental in sustaining the program since March, as were volunteers and the rest of the clinic staff.

“It was a huge collaborative effort,” Sands said.

Redhorse used the same word — shocked — to describe her reaction when she found out she and Benally were featured in a Time article about the get-out-the-vote efforts that helped seal an electoral college victory for the magazine’s Person of the Year, President-elect Joe Biden and Vice President-elect Kamala Harris.

2020 wasn’t the easiest time to be a field organizer, Redhorse said. The COVID-19 pandemic hit the Navajo Nation hard and early, taking 720 lives as of Monday. Redhorse lost her father and grandfather to the pandemic in July after an outbreak of the coronavirus devastated a long-term care facility in Blanding.

Still dealing with the loss, Redhorse joined Benally, working to increase voter turnout in nearby Arizona for the November election. They staffed drive-thru voter registration booths, took great care while serving frybread at informational events, and drove over 66,000 miles across the Navajo Nation.

In all, the Rural Arizona Project registered 6,000 Arizona voters. Biden won the state by just under 10,500 votes, flipping it blue for the first time since 1996 thanks in large part to high turnout in Navajo Nation precincts that went heavily Democratic.

“The work that we’ve done the last couple of years really came to fruition this year, especially flipping the state of Arizona,” Benally, who served as field director for the program, said. “It was great to see people on the ground doing the legwork to be recognized [by Time]. An overwhelming sense of pride. That’s what I felt. Pride in my community, pride in my field organizers and pride in the organization.”

On her voter registration rounds, Redhorse met people using solar panels to run their oxygen tanks or elderly couples having to haul water into their homes with buckets to take a bath. Just getting to a polling place or post office was difficult for many voters, not to mention risky.But despite the pandemic, voter turnout increased on the Navajo Nation in Arizona between 2016 and 2020, and both Benally and Redhorse said they will work to make sure Biden doesn’t forget the pledges he made once he’s in office.“Biden needs to know that Navajo Nation made the effort to come out, overcoming all of these barriers just to get their ballot and just to vote for him,” Redhorse said, noting that Biden’s campaign platform included increased investment in housing, roads and drinking water projects on tribal nations. “So I hope he does acknowledge the Diné people [and work toward fulfilling his campaign promises].”

Now that the election is over, Benally and Redhorse are turning their attention back to a rural addressing project that should assist voters and clerk’s offices in future election cycles.

Sands’ relief work, on the other hand, is only going to be ramping up over the next few months.The first snow of the year fell last week across southern San Juan County, and local cases of COVID-19 are on the rise again. Donations to UNHS’ relief program, which can be made through the clinic’s website, are needed now as much as ever, Sands said.

“We haven’t seen the peak of this second wave, and look how bad it is already,” he said. But Sands also noted that the program has been able to better prepare for the coming months thanks to publications like Time spreading the word and organizations stepping up to support the work. The Church of Jesus Christ of Latter-day Saints has been providing regular shipments of food and supplies, and the Utah Trucking Association and the produce company SunTerra have also pitched in, along with countless individuals who donated goods or money.

“People really got behind our work,” he said. “It says a lot about Utah.”

Zak Podmore is a Report for America corps member and writes about conflict and change in San Juan County for The Salt Lake Tribune. Your donation to match our RFA grant helps keep him writing stories like this one; please consider making a tax-deductible gift of any amount today by clicking here. 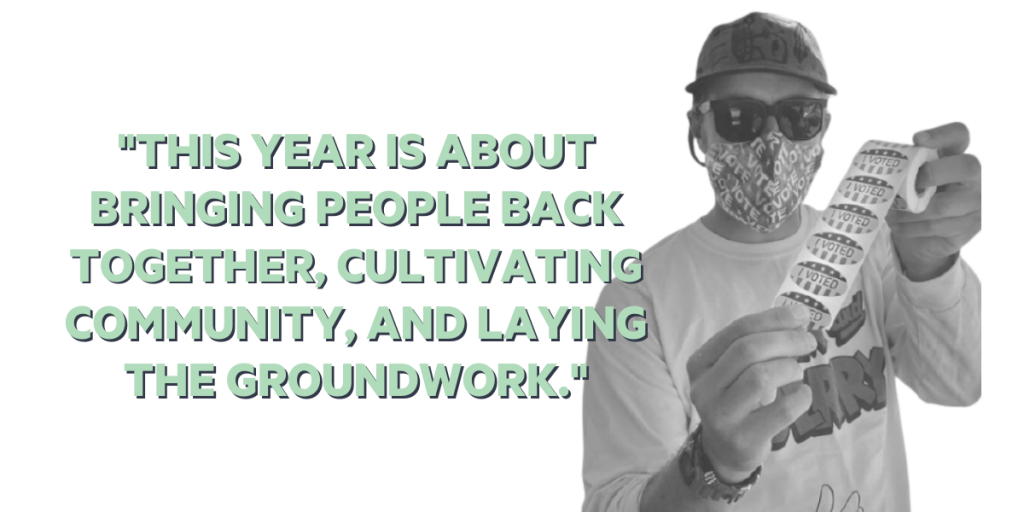 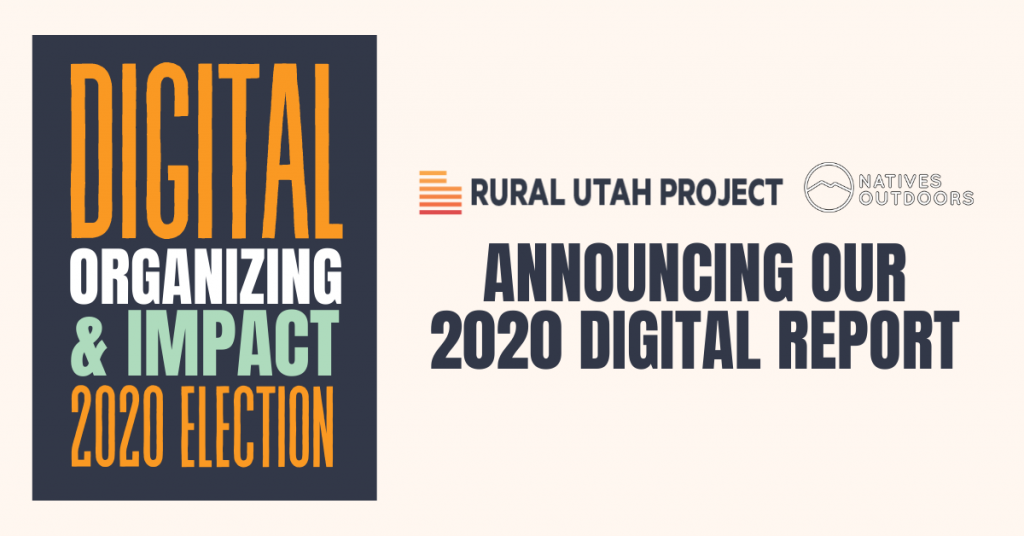